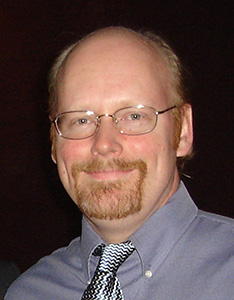 While the phrase  “What’s old is new again,” is most commonly a reference to materials or concepts that one has recently learned to enjoy, and which has also long existed prior to one’s discovery of them, I am now invoking it in reference to myself. I have recently succeeded Ed Heflin, who previously served for approximately 17 years as manager of the Illinois Rural Transit Assistance Center (RTAC). Because I once held this position during the mid-1990s, “what is old is new again” seems fitting. When RTAC’s first director, Troy Greger, accepted employment in the private sector in 1994, I advanced from assistant director to director. After serving as the RTAC director at the Illinois Institute for Rural Affairs (IIRA), I accepted a position with the Illinois Department of Transportation (IDOT) in Chicago, as Section Chief of the Downstate Programs. I was recruited in 1999 by the National Association for Amateur Radio (ARRL) in Connecticut, and could not refuse the opportunity to work in my “hobby.”

Those early years with rural transportation were interesting, filled with challenges and new ideas. IPTA and CTAA had already been established, and there was also the Illinois Paratransit Association (IPA) which organized rural providers into a group. At that time just slightly more than half of Illinois’ then 74 rural counties provided some type of public transportation. During that period there were also two recently established rural mass transit districts. Many ideas and initiatives were viewed as ground-breaking and at the same time, challenging for administrators and funding bodies to support or expand. The Downstate Operating Assistance Program did not yet exist. Coordination or the desire to coordinate “was in the news” but rarely accomplished.

In many respects, I feel as though I have just awakened from a 20-year coma and everyone is still having the same conversation. While there are successes, local match is still a challenge; coordination is still high on the priority list; intercity bus is still a desirable concept even if not always realized; IDOT is the main funnel for all that is important in Illinois rural public transportation—yet it is still struggling with demand and the sheer size of its programs; and vehicle procurement is still a big, serious job, with even more entities trying to procure vehicles. The remaining constant in all of this is the ever-present need for people to travel from point A to point B.

The RTAC staff, comprised of Mable Kreps, Jacqueline Waters, and myself, is located at Western Illinois University, serving as a component of the Illinois Institute for Rural Affairs. We will continue to provide our services as always. To assure a smooth transition Ed Heflin has agreed to continue in a part-time capacity going forward, while preserving institutional memory and helping me to recover from my lengthy coma! I want to thank Ed for his work during the past 17 years and hope that I will be able to successfully carry forward his vision and expertise, while also perhaps calling into service some of the many skills and abilities associated with the IIRA and WIU. 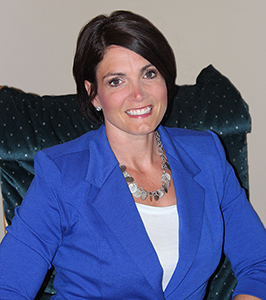 The official launch of the Bipartisan Congressional Bus Caucus (BCBC) will provide a stronger voice to more than 1,100 bus transit systems across the country, as well as highlighting the need for adequate federal funding of bus transit programs. The Bus Coalition and the Community Transportation Association of America (CTAA) joined co-chairs, Congressmen David Young (R-IA) and Rick Larsen (D-WA) to form the caucus.

Bus Coalition President Richard DeRock said, “I see how funding cuts at the federal, state and local levels are impacting bus systems of all sizes.  Many agencies are struggling to keep up with aging fleets and crumbling transit facilities.” He continued, “We know when systems age and service is cut, the rider experience suffers and ridership declines. That’s why I’m so excited about the formation of a new Congressional Caucus that will shine light on the needs of the bus transit community and give voice to a transportation asset that is so important to our local and national economy.”

The Caucus seeks to encourage innovation in a rapidly changing transportation climate while also highlighting the benefits of investing in bus systems that face the challenges of aging bus fleets and facilities. BCBC also plans to raise awareness on Capitol Hill with occasional events emphasizing the importance of transit agencies deliverance of reliable service and consistent maintenance.

Providing more than 51 percent of annual transit travel, buses remain the unsung heroes of our nation’s transportation network. Approximately 14.9 million passengers throughout the country access buses, with 5.44 billion bus transit trips per year providing access to people with disabilities, cost effective transportation for low income riders and assisting commuters with travel to work, school and medical appointments. While buses may not garner the attention of larger, urban transit modes, they represent the backbone of the transit ecosystem and provide critical service to communities of all sizes.

“Buses are the work horses of rural and small city transit agencies and we look forward to sharing our experiences and collaborating with Members of Congress,” said Scott Bogren, CTAA Executive Director.

IPTA looks forward to working through its national partners with the Bipartisan Congressional Bus Caucus, and is excited that there is now a formal arm of Congress that will focus on preserving funding for small urban and rural bus operators. 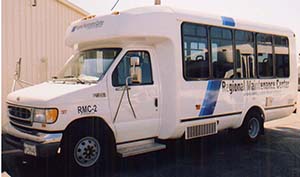 The IDOT Regional Maintenance Center (RMC) program serves as a maintenance resource for non-routine maintenance and repair. The program is open to all Section 5310 and 5311 grantees, and all non-profit social service agencies. To sign-up call 815.961.2241 (Rockford) or 217.522.6087 (Springfield). 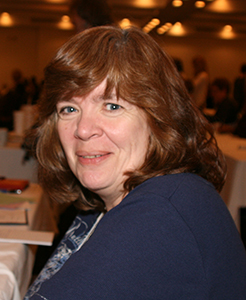 How did you get started in rural transportation?

I started here January 2000. I did not have any experience in transportation, but I did have knowledge of the IDOT rules. My husband was an over-the-road truck driver. With a background in computer programming, I was originally hired to update our system. At that time everything was still on paper and the system being used was DOS.

If you didn’t have a transit background, how did you learn the ropes?

Basically, trial and error. I learned a lot by going to the RTAC Conferences. Networking with others at the conference helped with ideas and questions I needed answered.

Did you have a mentor in transit?

In the beginning my director, Anna Gray, helped me to get started. She was a great mentor.

Our typical day is hectic and sometimes chaotic but always rewarding.

The appreciation we receive from our clients.

What do you do to motivate your staff?

We have monthly training meetings that include brainstorming, listening to their ideas, and working together to make things better.

What innovations have occurred since you began in transit?

We transitioned from raised roof vans, which were tight and top heavy, to medium duty vans. Recently we have also purchased dispatch software.

How has your system grown, and why?

When I started, we had four to five buses on the road and drivers still had down time while waiting for riders to call.  Now we have seven to eight buses on the road daily and no downtime. The elderly and lower income population in our county has grown, which has increased our ridership.

Bond County Transit (BCT) is excited to announce Steve Hoxsey as our new transportation manager. Steve has been driving with BCT since 2009. Prior to that, he worked for Broward County Transit in Florida for 16 ½ years. He brings many years of experience in the transportation field to this position. With his skill and knowledge of BCT he will bring a fresh outlook to the position and our organization. 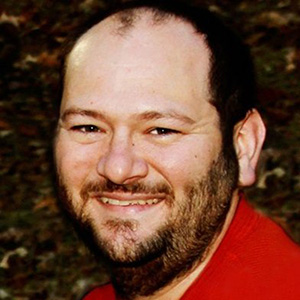 Shawn Freeman recently accepted the position of executive director for Shawnee Mass Transit District (SMTD), serving the southernmost five counties of Illinois. Shawn grew up in southern Illinois, where he attended Southern Illinois University at Carbondale graduating with degrees in Psychology and Administration of Justice.  He later earned a Master of Business Administration from McKendree University.

The ADA Topic Guide in National RTAP’s Resource Center was updated in December 2017.

When the chilly temperatures of winter set in, will your vehicle be ready for the cold? If you live in a part of the country that experiences inclement weather, such as heavy rain, snow and ice, are you prepared to drive in those conditions? Planning and preventative maintenance are important year-round … but especially when it comes to winter driving.